Resetting the firmware of a MegaRAID LSI SAS-9266-8i

Getting rid of the previous owner's vices 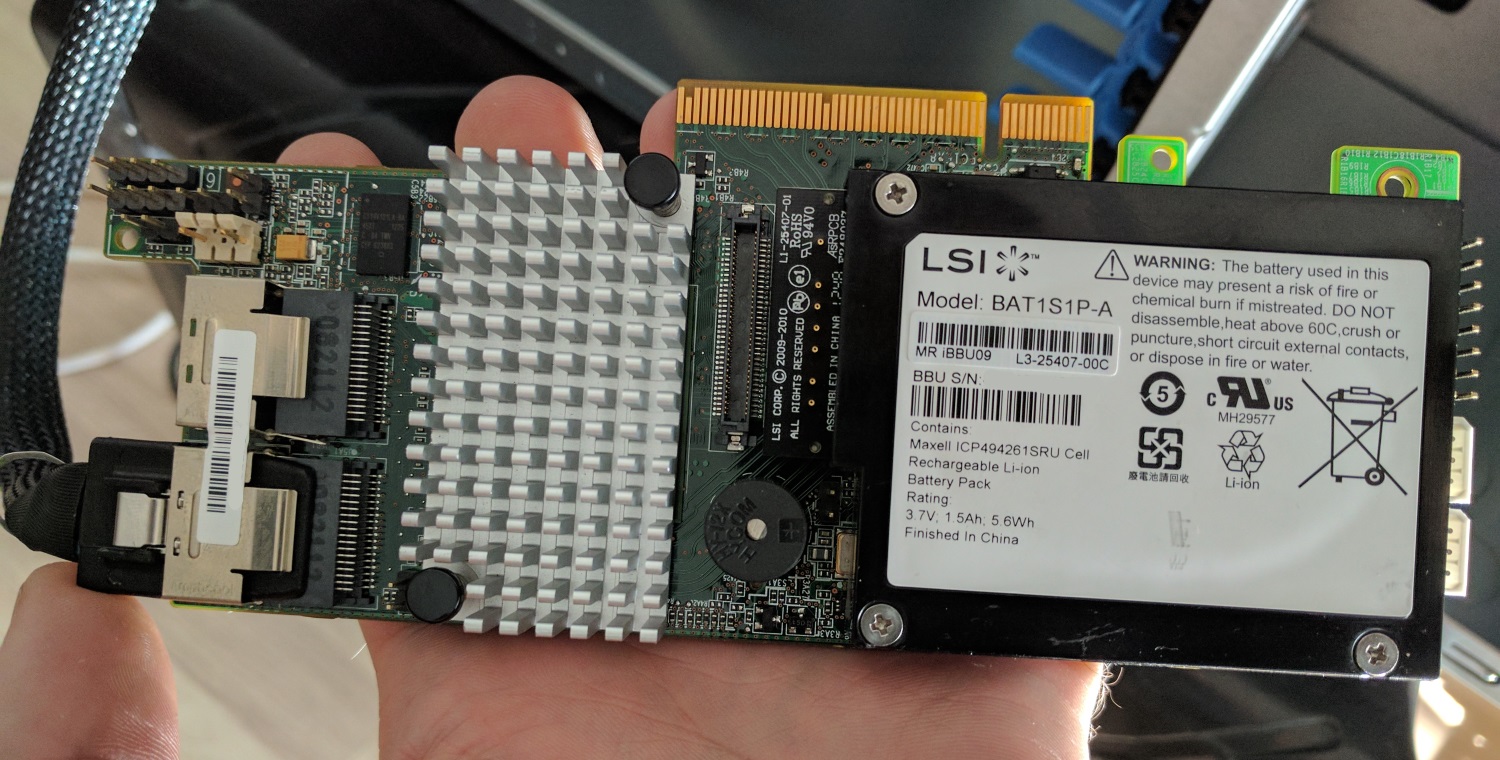 Issue: I bought a spare SAS-9266-8i on eBay. When I plugged it in, it woudln't stop beeping and complained that its firmware is in fault state.

I've booted a FreeBSD live CD and tried to inspect the controller using mfiutil, but it couldn't do anything.

dmesg confirms that the firmware is not ready:

I've tried to use storcli on FreeBSD but it couldn't see the card either.

I've tried to use storcli on a EFI shell, but the executable didn't work: it froze instantly when I started it.

I've tried to use the LSI Pre boot CD to flash the card, but it wasn't detected either by any of the tools.

The key to reset the card was to use megarec.

What I ended up doing was prepare a FreeDOS boot disk including megarec and its dependencies, and boot it. Then I could use the megarec commands to flash the card.

The first thing I did was erase the current firmware:


Once rebooted, the card stopped beeping, which was very nice for my ears.

Then I tried flashing the recovery image from the LSI CD:


The flashing went well, but once rebooted, the card was back in F/W fault state, destroying my ears again.

I then decided to flash the latest firmware from the LSI website:


That was the solution. Now the card is working perfectly. I could go into its config tool and setup my RAIDs.

Here are some reference articles that gave me all the information I needed: